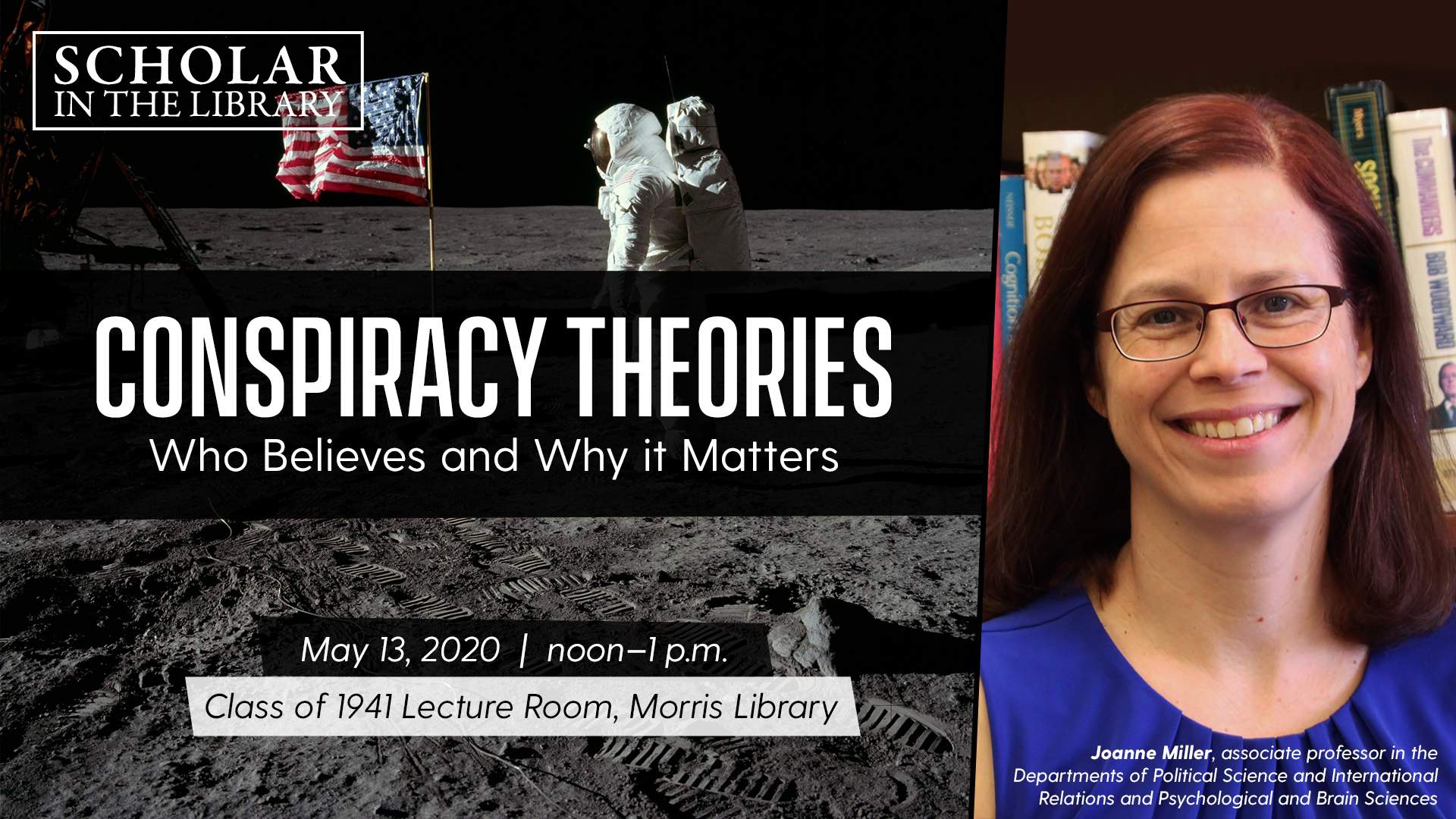 Lecture Scholar in the Library

THIS EVENT HAS BEEN CANCELLED.

Join Joanne Miller, associate professor in the Departments of Political Science and International Relations and of Psychological and Brain Sciences who will speak on, "Conspiracy Theories: Who Believes and Why it Matters." She is a political psychologist who studies the processes by which citizens form political attitudes and become politically engaged and on the psychological antecedents of belief in conspiracy theories.

The moon landing was faked. 9/11 was an inside job. Former President Obama wasn't born in the United States. These days, conspiracy theories seem to be everywhere. Contrary to the popular conception that conspiracy theorists are a small group of tinfoil hat–wearing men who spend most of their time in bunkers, conspiracy theories are not solely the domain of extremists and paranoids. In this presentation, Professor Miller will talk about her research that examines why people believe conspiracy theories and the consequences of such beliefs for our democracy.